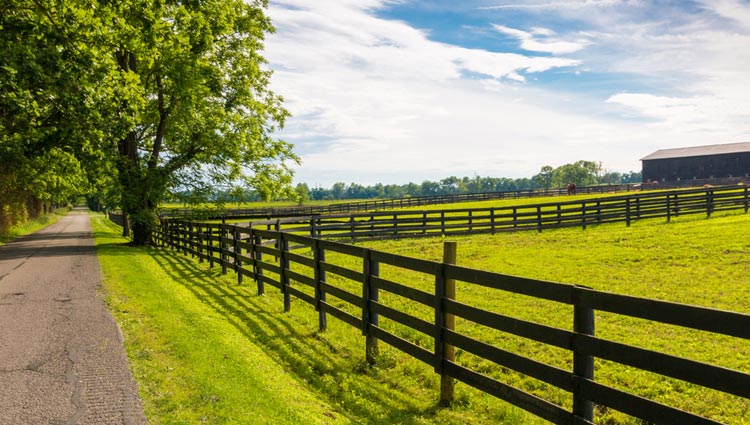 Types of Fences for Farms

Fences on farms have various uses depending on what the firm is used for and what the owner intends to achieve. Some farm owners are only interested in dividing their farm into portions and separating each portion for a specific use. Other farm owners want to improve the appearance of their farms especially if they are planning to sell.

Fences are also used to confine animals into a specific place and make managing them easy. If someone owns a large farm, fencing it will help demarcate its borders and keep their property private. A farmer might choose to use a permanent or temporary fence depending on their plans. 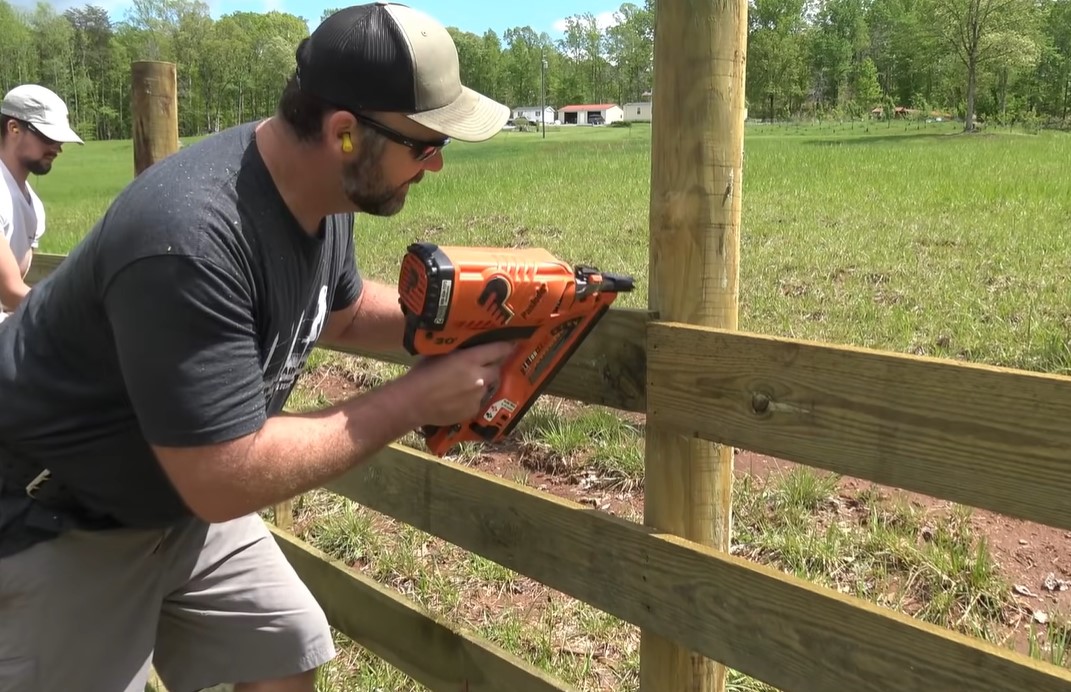 In the past, most farm owners used wood as a primary choice because trees were readily available. They would cut trees within their farms, make wooden poles and treat them to increase their lifespan. Some well-treated wooden poles would last a century or more but today, it’s difficult to get wood from the farms.

Today, most farm owners go to lumberyards to buy wood poles for fencing. The hardwood poles that were used traditionally are no longer available and farm owners rely on softwood poles. They are harder to maintain because they rot faster or get eaten by insects fast. Softwood poles might last between 5 to 20 years depending on maintenance.

There is a newer technology for treating wood where millers and retailers use solar radiation to treat softwood and make it last longer. This type of fencing is mostly used on smaller farms to create paddocks for cattle and sheep. The fences can last for over 50 years. 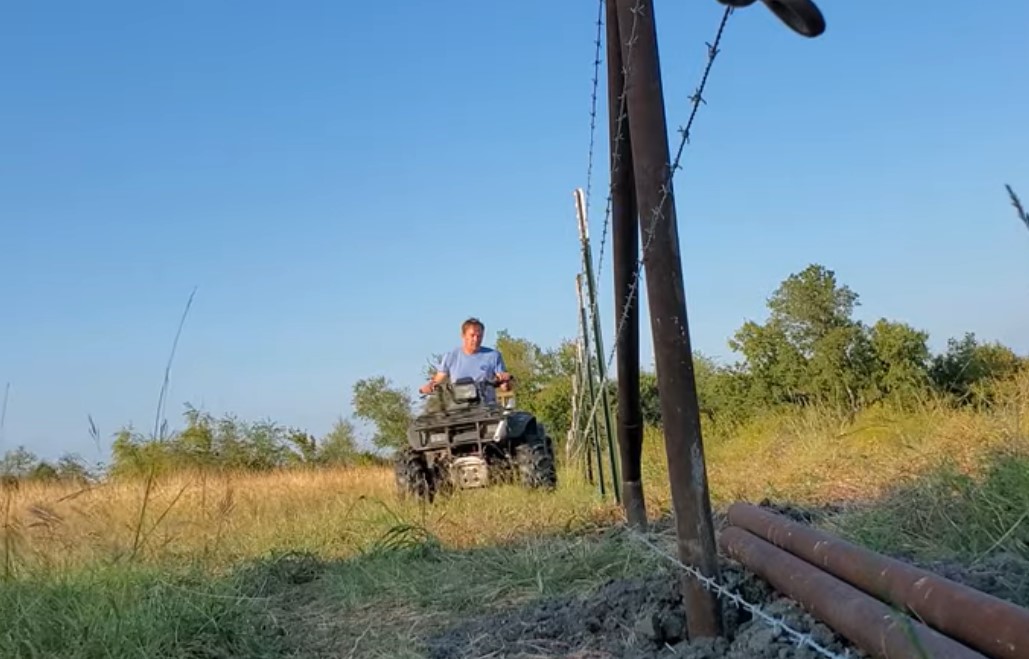 Barbed wires are made by twisting two wires together and another wire is twisted around it and cut at certain angles to create the barbs. It is one of the inexpensive choices for fencing large farms or dividing farms into smaller portions.

The fences work better when a farmer wants to confine cattle into one place or for marking the boundaries of a large farm. Aggressive animals might easily broach barbed wire fences and horses get easily injured by the barbs.

Generally, the fences are divided into two categories – suspension and standard fences. The standard category uses posts that are about 12 feet apart and then wires a maximum of five strands are used.

For the suspension category, farmers use about six strands of wires, and the fence is let to hang loosely without touching the ground. As the wind blows, the fence swings to and fro to keep off animals. 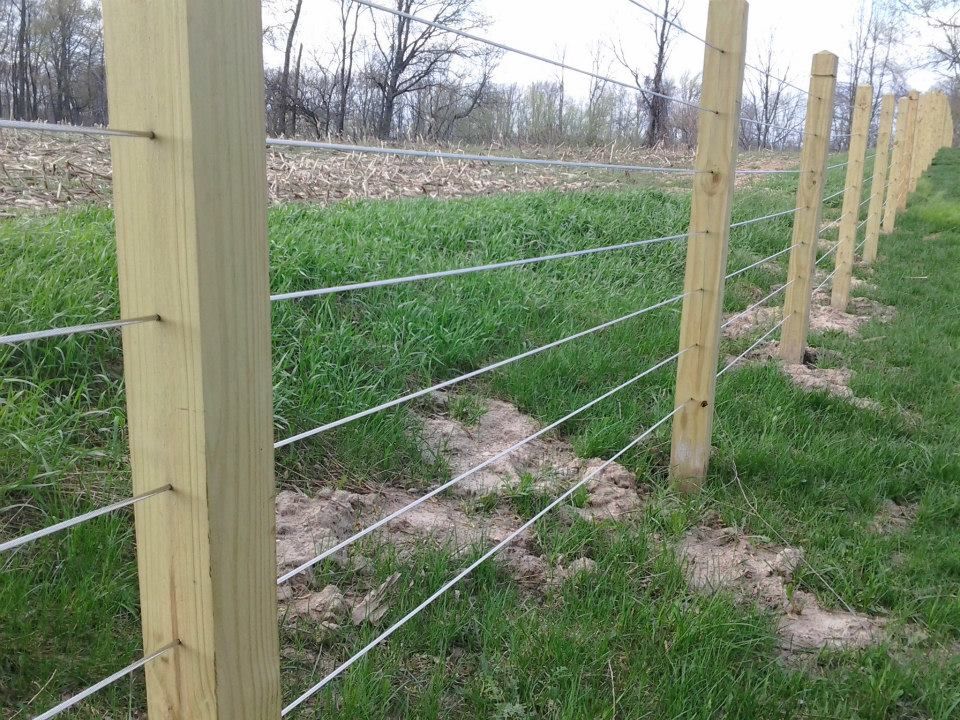 Cable fences are expensive to install and most farmers use them only in areas or confining animals. They are mostly found in animal holding pens, corrals, and feeding lots. Usually, posts get erected around the area that requires fencing, and then the cables are stretched between the posts.

The cable is thick and each is made using about seven wires twisted together to make it strong and highly resilient. Spacing between cables depends on the type of animal that needs to be confined. Larger animals require fewer cables while smaller animals require more cables.

Although cable fencing is one of the most expensive types of fences to install, it is the easiest and cheapest fence to maintain. They are also some of the strongest. 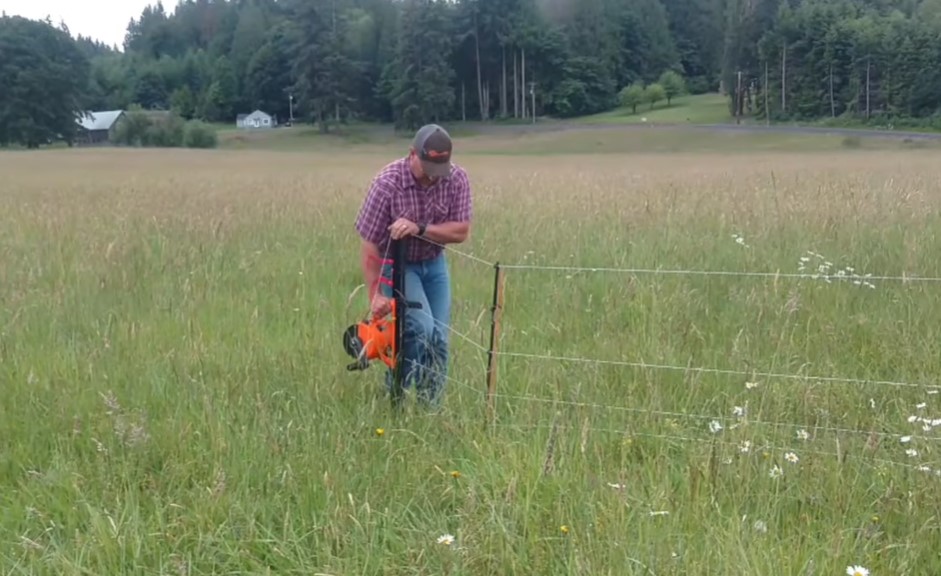 Electric fences are made using various materials such as steel, Aluminum, polyline, or high-tensile wire. It is costly to install but once installed, it provides permanent protection on the farm.

Its installation process uses poles and earthed electric wires. The purpose of the earth is to enable the wires to produce an electric shock whenever an animal or something touches it. What produces the electrons is an energizer that maintains the power at a minimum of 3,000 volts. 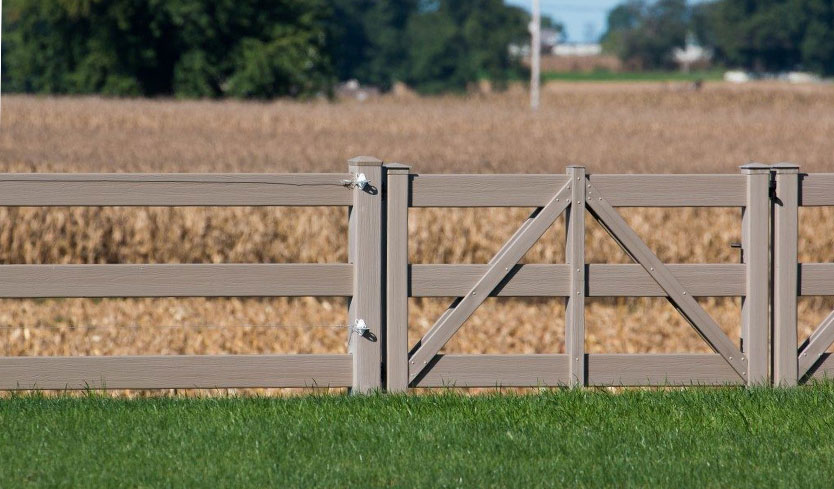 The most common type of synthetic fencing is PVC although there are many other types available in the market. Most synthetic fences do not discolor even in areas that receive a lot of sunlight. They provide a permanent fencing solution on any kind of farm.

Their initial installation cost is very high but they require minimum or no maintenance costs. Some farmers use them to fence zero-grazing sheds. 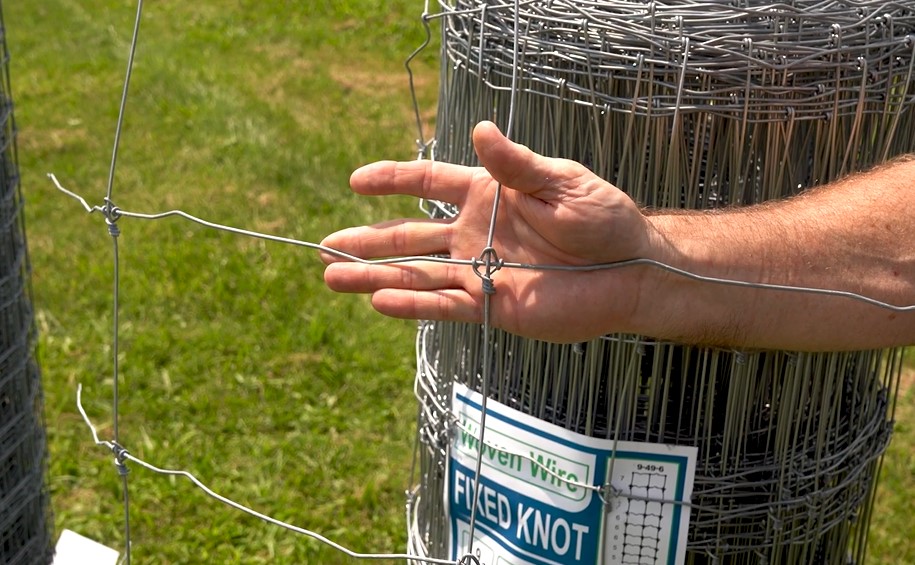 Some types of animals are not easy to contain because they can easily move under the fences, pass between the gaps or jump over. These are animals such as poultry, goats, pig, and sheep. Woven fences provide a perfect solution for containing such animals to prevent them from disturbing them. Mostly, they are used in areas near homes where the animals can be accessed with ease any time of the day or night. 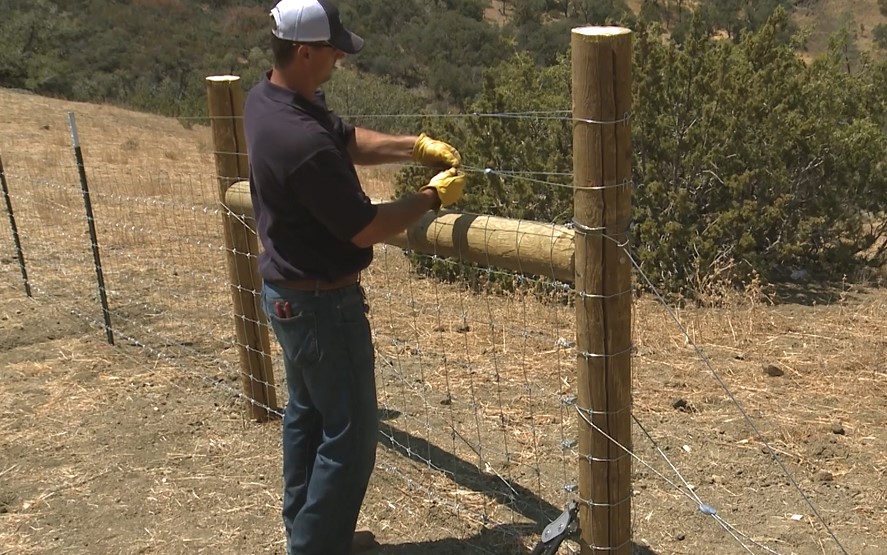 These fences are easy to install, are less expensive, and last longer. When they are professionally installed, they look beautiful and cause fewer or no injuries to animals. Its installation requires droppers, tensioners, and pressure-treated poles. Five to six strands are fastened between poles and a farmer might decide to electrify some strands to keep off animals.